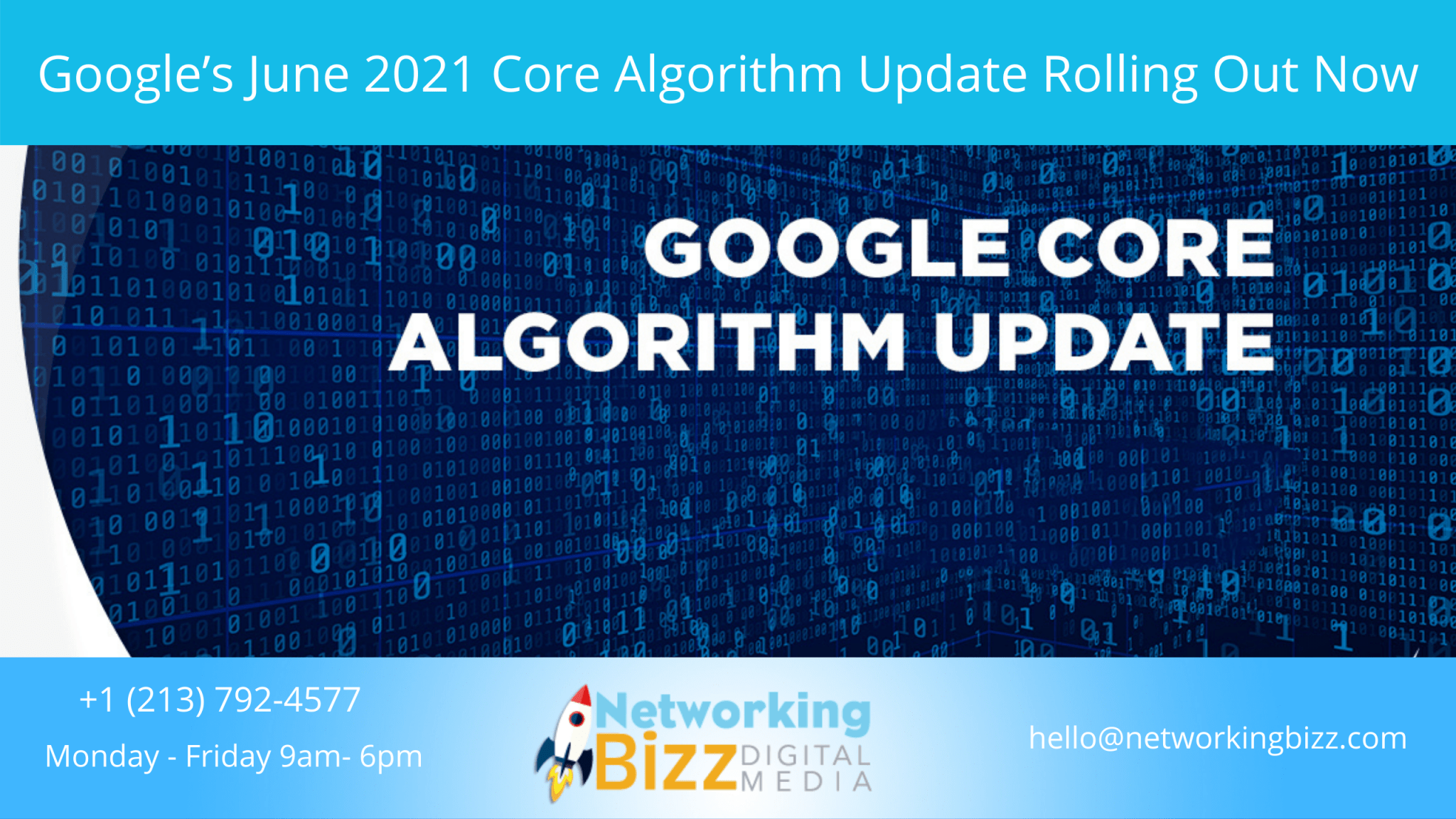 Google is releasing a broad core algorithm update today on June 2, 2021. This will be followed by another core update in July.

Google originally intended to pack more into today’s update, but couldn’t get everything ready in time. That’s the reason for releasing two core updates one month after another.

It’s exceedingly rare for Google to roll out separate updates so close together. However, the company says most sites are unlikely to notice the impact of either of them.

We’ll see over the coming weeks if that holds true, as it typically takes that long for a core update to fully roll out.

Google’s guidance on recovering from a broad core algorithm update remain the same.

With that said, try not to panic if your site is negatively impacted by the June update.

Don’t be too quick to celebrate if you see positive changes either, because it’s possible the impact of this month’s update will be reversed next month.

Sullivan elaborates on these statements in an article on Google’s blog explaining the why’s and how’s of core algorithm updates.

In it, he reminds site owners that updates aiming to improve the quality of search results are made thousands of times per year.

Not all updates are equal, however, and the impact of a core update is likely to be more noticeable than others.

What’s the difference between a core update and other updates?

Many updates to Google Search are focused on improving specific categories of results. An example would be the recent update to search results for product reviews.

What makes core updates different from the thousands of other updates is they involve broad improvements to Google Search.

When a core update is rolled out, which only happens a few times a year, substantial changes are made to Google’s ranking processes. Rather than targeting specific categories of sites, core updates target search overall.

To site owners who are impacted by a core update, Sullivan says it’s not because of anything they’ve done. It’s due to changes in how Google evaluates content to meet evolving user expectations.

Being negatively impacted by a core algorithm update isn’t necessarily a sign that a site has done something wrong, or that it’s producing bad content. It’s more a sign that what was considered relevant before may not be as relevant to today’s searchers.

Oftentimes refreshing existing content to improve its relevancy can turn a site’s rankings around. The changes will likely not be felt until the next core update, but recovery is possible.

What should I do if I’m impacted by this core update?

The June 2021 Google core update puts site owners in a situation they’ve never been in before.

A core algorithm update is currently rolling out, and another one is already confirmed for next month.

There’s no precedent for this, which makes it difficult to recommend taking any specific action until we see what next month brings.

Instead of reacting to any changes from this month’s update, look ahead to next month and focus on making your site the best it can be before the July core update.

While you’re at it, don’t forget about the page experience update rolling out in mid-June.

It’s going to be a tumultuous couple of months in search, to say the least.

5 Ways To Promote Your Business for Free

How to Find Hashtags for Social Media