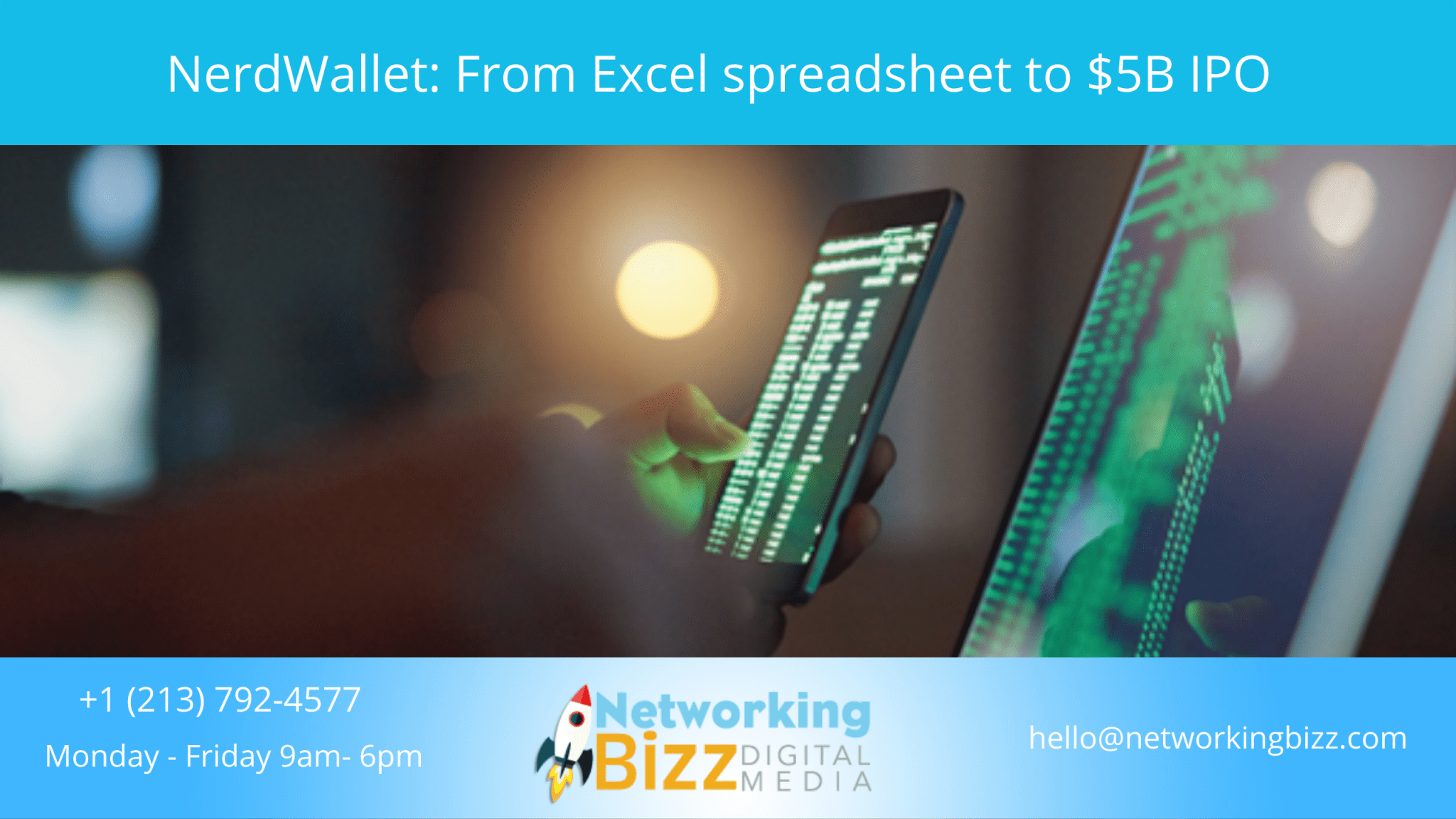 NerdWallet: From Excel spreadsheet to $5B IPO

In 2008, Tim Chen was working for a New York hedge fund when the financial crisis hit. Like thousands of Wall Streeters, he was laid off.
This career turmoil planted the seed for NerdWallet (co-founded with Jake Gibson), the personal finance website that recently filed for a potential $5B IPO, per PitchBook.

As the founding story goes…

… Chen was newly unemployed when his sister — living in Australia — asked him for advice on what credit card had the lowest foreign exchange fees.
According to CNBC, Chen was unable to find a good answer on Google and ended up creating an Excel spreadsheet of credit card options.
The document he sent his sister went viral and Chen realized there was a “real shopability problem in financial services.” To build a solution, he plopped down $800 for web hosting and domain fees.

But it expanded into other financial services and has hired hundreds of writers over the years (our editor Brad Wolverton previously worked there).
Success was a long road: sales over the 1st 2 years totaled -$60k. Today, NerdWallet is on a $360m+ annual run rate, with the bulk of its revenue coming from affiliate fees via finance firms featured on the site.

NerdWallet’s website receives 20m+ visitors a month, with 80%+ of that traffic via organic search (not paid), per Similarweb. Among its keys to ranking high in search:

To get to this point, Chen bootstrapped operations in the early days. Now, with a -60% stake in NerdWallet, those lean years will pay off very well.

Google: How to Use Search Operators for SEO.

How to Use Google My Business to Boost Your Content & SEO?

The daybreak of a New Day in GOOGLE SEARCH…